Amantha Imber has the secrets to your most productive workday


I’m writing about productivity. And yet, before I pulled my finger out and got these words on the page, I’ve been in and out of my inbox seven times, checked Instagram, replied to three of my colleagues on Teams, filled up my water, put music on, got to an email I’d been putting off forever and ordered my son a bug catcher for his birthday. Basically, everything except what I’d sat down at the laptop to do. Sound familiar?

We’re living in a world of distractions and although you could look at the situation above and think, “Oh, she’s a great multi-tasker”; I’m sorry to be the one to break it to you, but multi-tasking doesn’t actually exist. Dr Amantha Imber, innovation psychologist and founder of Inventium explains. “Your mind is unable to focus on two separate things, consciously, at the same time. And yet we talk so much about multitasking.”

“A more accurate description of what we call multitasking is “task-switching”. For task-switching to happen, the brain has to change its goals and focus, and also adjust the rules its working to, for example from the rules of writing a report, to the rules of reading emails. Research by David Myers from the University of Michigan shows that when we shift tasks in this way, it costs an average of 40% of our time. If you are a constant multi-tasker or task switcher, and you just stopped that behaviour and focused on one thing at the one time, you could be achieving the exact same output but leave the office at about 2.30pm in the afternoon,” Amantha says. Excuse me while I pick my jaw and never-ending to-do list up off the ground.

Amantha is full of truth bombs like this (she’s a scientist after all) and her podcast How I Work is a must for anyone looking to squeeze the most out of the workday without clocking up 14-hour slogs. She’s the poster woman for productivity and has moved her consultancy, Inventium to the 4 Day Work Week, so something must be working. “Back in July last year, we ran an experiment to see if we could improve our productivity and fit our work into four normal, eight-hour days – yet still get paid for five. Seven months on, I can tell you that the experiment was a huge success,” she shares.

So yeah, what are her secrets? Because Fridays off every week sound pretty enticing to me! Here Amantha shares three (she’s got plenty more where they came from) of her science backed tricks, so productivity becomes your middle name:

Work to your chronotype

Do you wake up at 5.30am, ready to bounce out of bed? Or are you still hitting the snooze button at 8.30am, despite needing to be in the office by nine? Perhaps, like many, you are somewhere in the middle. Through studying thousands of people’s internal body clocks, scientists came to learn that we are not all created equal when it comes to our daily energy levels. Around 14% of the population are what these researchers refer to as Larks. They are stereotypical “morning people” – you know, the type that are severely irritating if don’t happen to be one of those people. They spring out of bed before the sun has risen and appear at the office early with a big smile on their face (despite not having yet been caffeinated). These types are at peak productivity before lunch, and will generally be the first to leave a party and go home to bed. At the other end of the spectrum are Owls, which represent another 21% of the population. Owls struggle with the 9am-5pm routine, preferring to sleep in. In contrast to Larks, Owls have their peak productivity after most of us have had dinner and quite often, well into the night. If you can’t relate to either extreme, you are known as a Third Bird. You are somewhere in-between, but in general, tend to follow the energy patterns of a Lark, albeit a couple of hours delayed.

The big problem that Owls face is that the corporate world and the education system work against their natural body clocks. But if you are an Owl and you work in a company that has traditional hours, or better yet, if you are your own boss, try to deliberately restructure your day to suit your natural chronotype. For Larks and Third Birds, know that you are most productive in the hours preceding lunch so schedule your most important work for that time block. 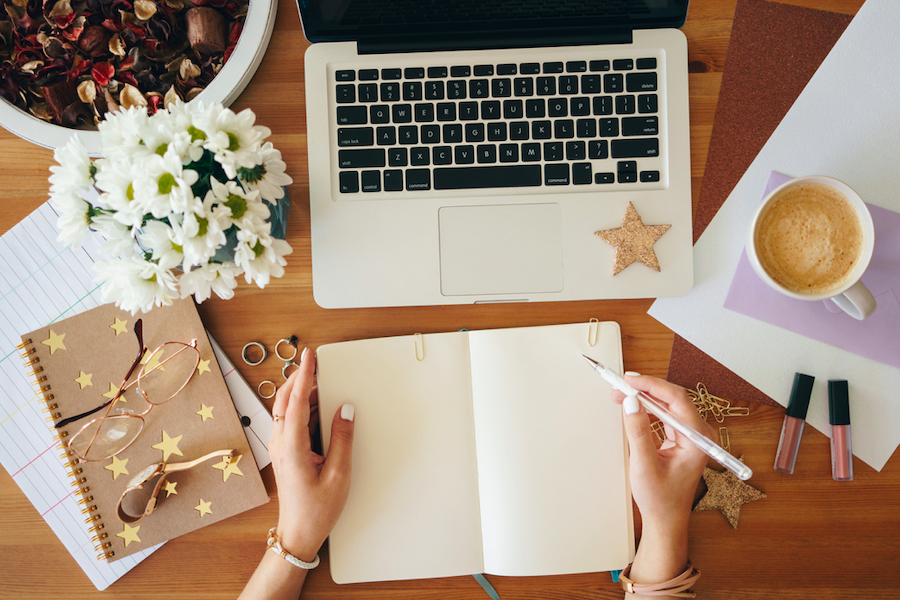 We are living in a world of distractions. Some of them are inflicted upon us through notifications that pop up on our phone, tablet or computer. Others are self-imposed, like when Jenny checks Facebook for the 53rd time today, just in case that cute photo of her labradoodle has another Like. Research suggests that the average person can’t survive for more than 10 minutes without checking their phone. Addiction, anyone?

In his book Deep Work, Cal Newport suggests that because of the distractions technology imposes on us, we spend the majority of our time doing Shallow Work – work that is non-cognitively demanding. And because of the constant distractions, we have forgotten how to truly engage in Deep Work – that is, focused thinking where we make meaningful progress on our most challenging but impactful projects.

Because many of us have been conditioned into fitting bits of Deep Work around lots of Shallow Work, many people often find it hard to spend large chunks of time focusing. And my goodness, isn’t it tempting to “just check” email when we reach a stuck point to give ourselves a little hit of distraction? What we need to do is get focus fit. When we start a new exercise regime, we don’t start by bench pressing 50kg in our first session. So when it comes to (re)building your focus muscle, think about building up slowly. When I began retraining myself, I started out by doing just 30 minutes of focused work where all notifications and distractions were switched off (turns out Flight Mode can be useful for more than just flying). And I simply built up from there.

Take frequent breaks instead of one long one

If you are in a busy job and already working long hours, you may be someone who can easily get consumed with your busy-ness and “forget” to take a break. Or perhaps you believe you simply don’t have time to take a break. You are attached to your computer, lunch is eaten at your desk while checking emails (#efficiency), and you rush from one meeting to the next. Research has shown that this style of working has a big impact on productivity. We believe that we are working more (through not taking a break), however, we are actually in a constant state of poorer cognitive performance. One study showed that the most productive performers worked solidly for 52 minutes and then had a break for 17 minutes. Other research has shown that in contrast to one 30 minute break, hourly five minute walking breaks boost energy, sharpen focus, improve mood and reduce feelings of fatigue in the afternoon more effectively. And another study found that taking a 40-second “Green Micro-break”, that is, looking at a view of greenery, increased concentration levels by 8%.

To help make this happen in my own working life, I have banned 60 minute meetings from my diary. Instead, I make what would have previously been 60 minute meetings as 50 minutes. This gives me time for a quick walk and a few minutes to get ready for my next meeting or activity.

Want more life-changing tips from Amantha? Get her podcast in your ears now (my favourite eps are her interviews with Cal Newport, Laura May Martin and Oliver Burkeman) and join us for 2021+ me where Amantha will chat The science of how to design your most effective workday. 2021 + me is our new five-part series and if you sign up now, we’ll send you the recordings of any sessions you’ve missed.

Leigh Sales AM in Melbourne

Leigh Sales AM in Brisbane