The White Lady of Marsaxlokk: Ghost in a mural

Without Tea There Is Nothing – Funny Teapot lover T-shirt

Added to wishlistRemoved from wishlist 0
Add to compare
$28.99 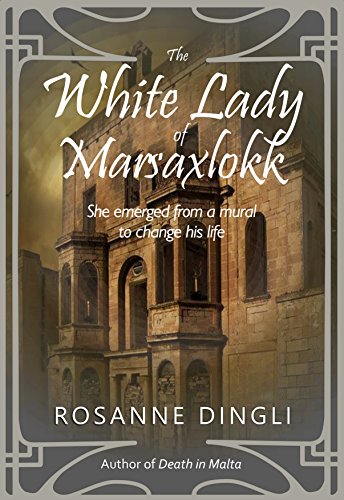 She emerges from a wall and threatens to ruin everything … unless he moves first.

Philip Falzon returns to a ruined mansion in Malta after 25 years, seeking something he saw on his honeymoon. Obsessed about the house and its history, he has plans to restore it and start a business.

His deteriorating marriage won’t sustain the plan. He and his wife risk everything taking on an old crumbling house with such a horrifying history. The locals are not welcoming. And does the house turn against him?

Philip becomes as haunted as the locals say the mansion is. Memories, visions, dreams and folklore merge into the story of a young woman whose life could not be extinguished by time or death.

Based on true local anecdotes and real landmarks, The White Lady of Marsaxlokk is a startling story of the melding of history into present day. Take a captivating journey through time, on a plausible excursion that is both enchanting and just a little bit eerie.

The White Lady of Marsaxlokk: Ghost in a mural